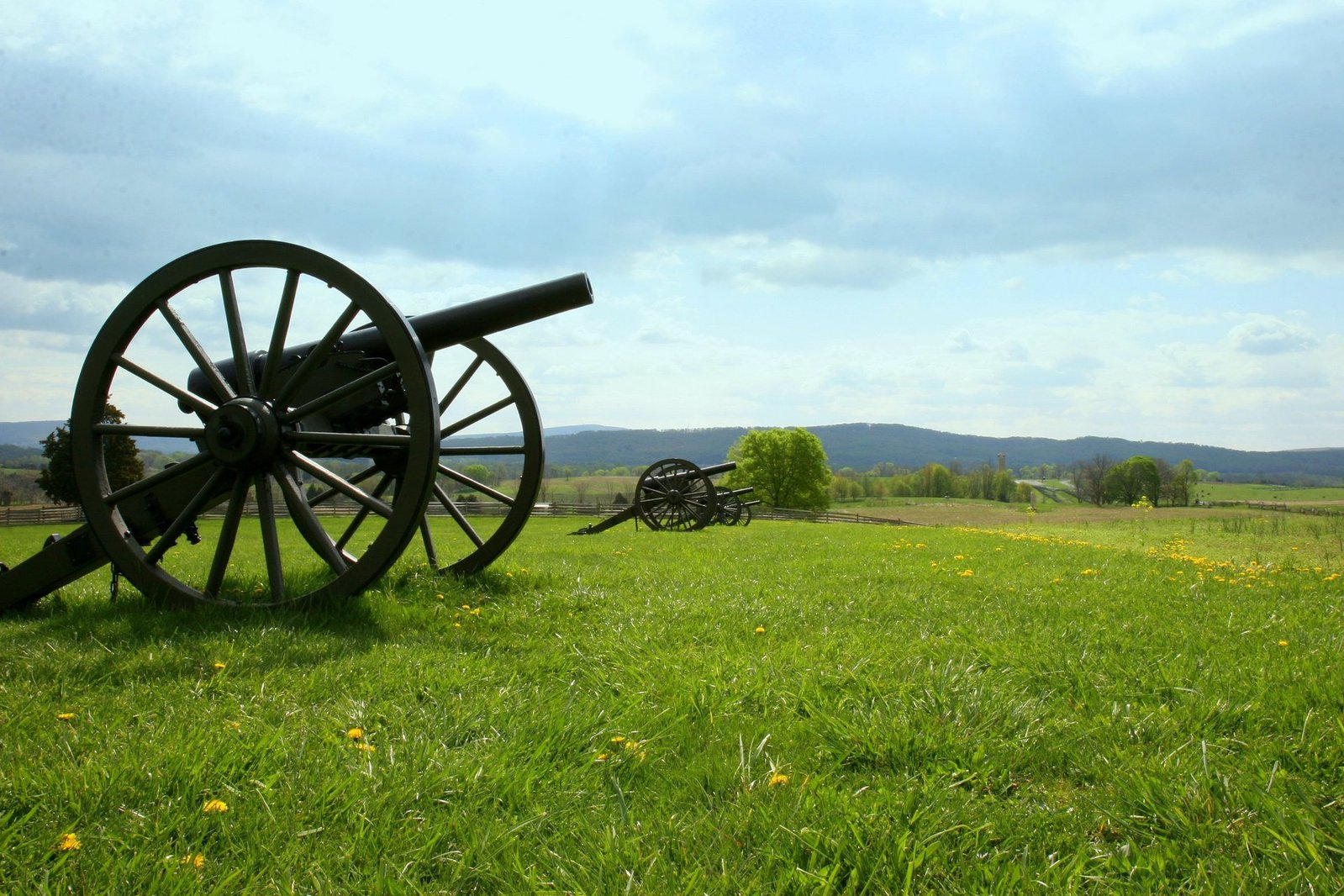 Anyone born in the world is placed in many frames. Which family have you born? Which country do you live? What language do we speak? What sex we are? Which position we live in the family?

All those conditions are not determined by us, but they frame us in a particular starting point. In this journey, we cannot determine the point of departure. The start point may specify the extension that we can go in the future. My question is “How much we can change the expected destination we can go?”

My answer is that the starting point of our life journey determine a lot in our life. However, one factor we cannot overlook is our decisions and actions. As the time goes by, the changes that we can make is much more than we expected.

Although I think that the world is controlled by the power that is, I still believe that we can break through those controls if we want and turn our decisions into our actions.

I link myself to the being. I use my creative think to find a road and continue to break those frames.  I do not calculate how much to spend on those passion and I do believe this is the road less travel. No problem. I am happy on this path. The road to NOW that I enjoy. I really to be the lord of myself now.

My favor is a computer. This is my world. I know that if I put myself into my playground – the computer and analysis world. I can get the success. I know that the computer has already extended the power of a human to a lot more than we can imagine. I will use the computer analytical tools to create the great work in the future.

The breakthrough will be on the layers of management structures. I will use those tools to analysis the price patterns of bitcoin because I believe it will be the world currency.

The Bitcoin price rises to $803 this morning. I have two trading system. One is called the Robot Dog “B” which is an A.I. made system for mid-term trend. There were three force EXIT signals on last two months and then a BUY signal was followed by each EXIT signal just for a few days. It confirmed that the BTC trend is in the upward mode.

I used a regression method to project the price of BTC will go to about $1000 in END of Jan 2017. I hope the upward trend continue. 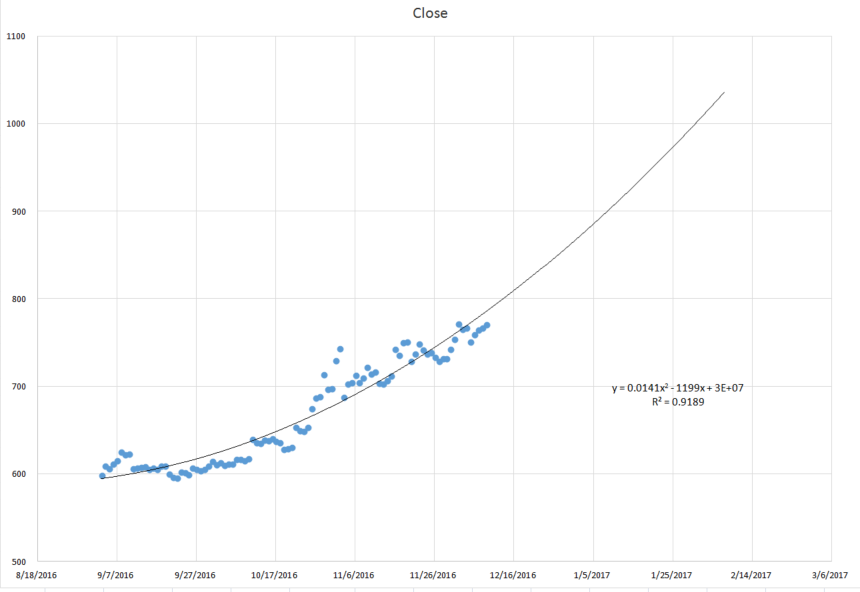 Another trading system called Robot Fighter “S” which is a short term day trading system which is in a beta testing stage (paper trading). It shows there is no EXIT signal in the past ten days which is also confirmed the upward price trend of BTC.

I assigned a programmer to work out the API linking to the bitcoin exchange and planned to finish in Feb 2017. I hope to have some real trading result to show you after Feb 2017.

As shown in the about charts, Both trading systems of Robot Dog “B” and Robot Fighter “S” give BUY signal again.

I update the one-month data of the regression forecast model. It projects $1000 per bitcoin in Feb 2017.

There is a series of change on world leaders. This is not just UK and US. After the victory of Trump, CEO in Hong Kong declared not to proceed to the coming election in 2017. I guess both are highly related. What do you think about it? 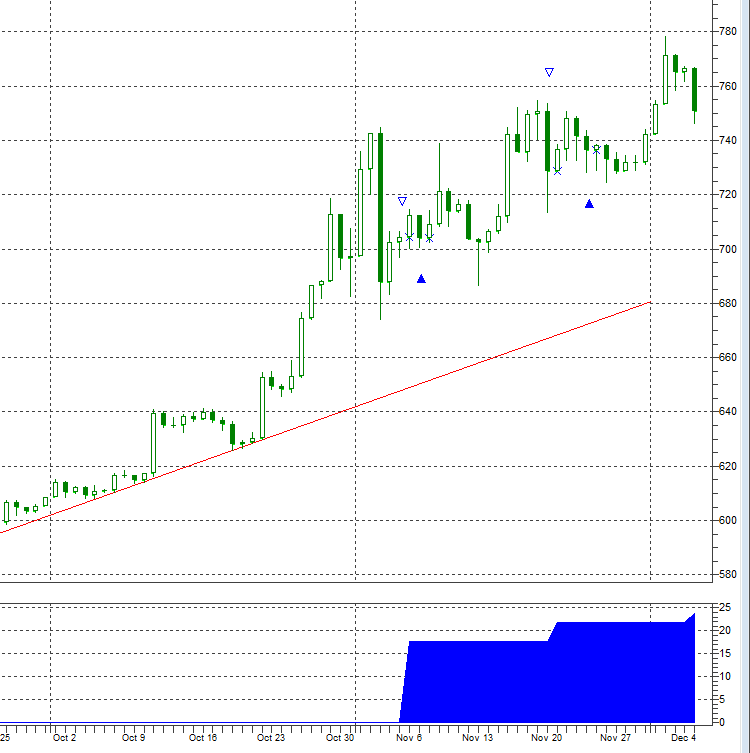 There is an important article which points out the purpose of the deep state to manipulate the India to ban the 1000 Rupee, and 500 Rupee cash is to suppress of demand of physical gold. Thanks for the writer of this article who pointed out this possible initiative of the action behind the India. India is a country who has a constant demand for physical gold. To ban the high-value paper cash will have a substantial impact on the demand for physical gold which can suppress the gold price. The spot price is following the COMEX gold transaction price. Unfortunately, 99% of transactions in COMEX are paper gold rather physical gold. The difference of price gold between Shanghai Golden exchange and US one is getting large from $10 to $20. Chinese do not agree on the price direction from US COMEX exchange because Chinese is now trading the physical GOLD contract rather than paper gold contract. The ratio between the physical GOLD and paper gold is over 250 in US market. Banks use the paper gold transactions to suppress the gold price. If the price breaks out the $1,500 range, it will go to $2,000, $5,000 and $50,000. The western banking system will blow out.

Therefore, to prevent the ignition of the fire in the insolvent banking system, a lot of paper future contracts are used to manipulate the price of gold and silver. Otherwise, the hyperinflation has already happened under the QE to infinity policy.

Bitcoin is a new market that a small proportion of people known what it is and how to invest on it. There is no future contract on bitcoin. The deep state cannot fully control the bitcoin’s price by the paper contract.

All physical GOLD, SILVER, and Bitcoin share the same characteristic of scarcity. They can store value under the QE to infinity and help people to escape the banking system – a safety heaven.

The deep state declared wars on bitcoin too. Coinbase dot com are required by the IRS to provide their records of previous three years. The bitlandngclub.com – a peer-to-peer loan platform was requested by the government to stop services. One bitcoin exchange in Hong Kong – bitfirst.com has cut their Hengsang bank (a sub-group of HSBC) account.

However, insolvency is insolvency. It is a mathematical certainty. The only uncertainty is when will this event happens. Whatever the deep state did, it is a matter of time.

All those tactics the deep state did are reflected that the day of the event is very near. Webbot ALTA report on December 2016 mentioned that there would have a big change after 12th Dec 2016. I checked the calendar-365.com. 13th Dec 2016 is the day of full moon.

Stankov believes that there some possible points we should take care.

1)   China implements a massive one-off devaluation of the Yuan.

2)   The $10 Trillion US Dollar carry trade blows up. (This is already happening now as the dollar is being repatriated after Trump’s victory. Note, George)

3)   The $199 Trillion Bond Bubble implodes as debt deflation ripples through the financial system.

4)   The $555 Trillion derivatives market based on interest rates ignites courtesy of a bond sell-off.

The final reminder for readers: keep your wealth out of the system.